This is book number 1 in the A Life of Calder series.

The first biography of America's greatest twentieth-century sculptor, Alexander Calder: an authoritative and revelatory achievement, based on a wealth of letters and papers never before available, and written by one of our most renowned art critics.

Alexander Calder is one of the most beloved and widely admired artists of the twentieth century. Anybody who has ever set foot in a museum knows him as the inventor of the mobile, America's unique contribution to modern art. But only now, forty years after the artist's death, is the full story of his life being told in this biography, which is based on unprecedented access to Calder's letters and papers as well as scores of interviews. Jed Perl shows us why Calder was--and remains--a barrier breaker, an avant-garde artist with mass appeal.
This beautifully written, deeply researched book opens with Calder's wonderfully peripatetic upbringing in Philadelphia, California, and New York. Born in 1898 into a family of artists--his father was a well-known sculptor, his mother a painter and a pioneering feminist--Calder went on as an adult to forge important friendships with a who's who of twentieth-century artists, including Joan Miró, Marcel Duchamp, Georges Braque, and Piet Mondrian. We move through Calder's early years studying engineering to his first artistic triumphs in Paris in the late 1920s, and to his emergence as a leader in the international abstract avant-garde. His marriage in 1931 to the free-spirited Louisa James--she was a great-niece of Henry James--is a richly romantic story, related here with a wealth of detail and nuance.
Calder's life takes on a transatlantic richness, from New York's Greenwich Village in the Roaring Twenties, to the Left Bank of Paris during the Depression, and then back to the United States, where the Calders bought a run-down old farmhouse in western Connecticut. New light is shed on Calder's lifelong interest in dance, theater, and performance, ranging from the Cirque Calder, the theatrical event that became his calling card in bohemian Paris to collaborations with the choreographer Martha Graham and the composer Virgil Thomson. More than 350 illustrations in color and black-and-white--including little-known works and many archival photographs that have never before been seen--further enrich the story.

JED PERL is a regular contributor to The New York Review of Books. He was the art critic for The New Republic for twenty years and a contributing editor to Vogue for a decade, and is the recipient of a Guggenheim Fellowship. His previous books include Magicians and Charlatans, Antoine's Alphabet, and New Art City, which was a New York Times Notable Book and an Atlantic Book of the Year. He lives in New York City.

“Calder is an artist whose influence is so ubiquitous that you sometimes completely lose sight of him. Jed Perl, one of our most brilliant art critics, has remedied this in a superbly researched, illustrated, and crafted biography of his early years. We can now savor Calder's accomplishment fully and see where his genius lies, and how it matters to us today.” —John Ashbery

“In this richly satisfying biography, Calder appears as charming as ever, but he is also a much more powerful figure than the beloved teddy bear of legend. He becomes a modern philosopher-king, unpretentious but serious, who takes the true measure of a world that never stops moving.”
—Mark Stevens, co-author with Annalyn Swan of De Kooning: An American Master

“All artists are critics but very few critics are artists. Jed Perl is one of those few. He has the critical imagination to imagine Calder’s imagination, and the rare ability to engage that of the reader.” —Fran Lebowitz

“Calder’s magic brilliantly captivated by an astute biographer.” —John Richardson, author of A Life of Picasso

“Not all brilliant studies are definitive, and not all definitive studies are brilliant: Jed Perl’s Calder succeeds at being both. It’s a masterwork account of the life of one of America’s greatest artists that’s also an account of America coming into its own. Passionate, learned, playful and ranging, it’s as solidly-grounded as a stabile, but like a mobile it appears to defy gravity—and float.” —Joshua Cohen, author of Book of Numbers and Moving Kings

“An immensely erudite work, meticulously thorough, painstakingly researched, and lavishly illustrated. Its grasp of detail and breadth of knowledge, especially of the American art scene, would be hard to match.” —Hilary Spurling, The New York Review of Books

“What the book gets absolutely right—thanks in part, actually, to the pacing—is its demonstration of Calder’s staying-in-place-while-flying move from toy-making to art-making, and how profound that move was. Calder’s suspended mobiles—by far his most interesting work—are baby-crib toys that are also experiments in the mechanics of gravitational balance. That they can hang high means everything; it’s what makes them serious. Because height automatically implies depth, and you feel that when you see them. That’s the wow part, and Perl’s book captures it as well as a book can.” —Holland Cotter, The New York Times Book Review

“Fascinating….Perl persuades us that Calder, although inspired by isms—modernism, cubism, abstractionism, surrealism—somehow evaded their constricting clutches and pioneered new forms that evolved from playful to beautiful to monumental. Like Monet, Matisse, Picasso, Duchamp and Mondrian, Calder widened the vocabulary of perception….Come 2019, Perl plans to publish the concluding volume, as Calder becomes an international superstar. Expect that continuing saga to be every bit as unruly and instructive. Perl will undoubtedly orbit around his expository center of gravity with a confident élan that Calder might occasionally chuckle at but also recognize and appreciate.” —The Washington Post

“Mr. Perl, a former art critic for the New Republic and now a regular contributor to the New York Review of Books, is eminently knowledgeable about artists, art movements and galleries, as well as the influences of the 1920s and 1930s that are the focus of this book. Just about every well-known artist—and many obscure ones—is mentioned, because Calder interacted with so many of them socially and creatively….Mr. Perl does an excellent job of placing Calder’s work in the context of that of his artistic contemporaries, all the while moving the biographical narrative forward.” —The Wall Street Journal

“No one doubts that Calder is a remarkable artist, and in Jed Perl he has found a scrupulous chronicler….Terrific.” —Adam Gopnik, The New Yorker

“A rich exploration of [Calder’s] life, loves and myriad influences as well as a delightful dive into the birth of modernism.” —Los Angeles Times, “Best Books of 2017”

“A comprehensive and marvelous biography that clearly establishes Calder as one of the artistic giants of the 20th century. A gifted writer and a meticulous researcher, Perl’s rich prose brings Calder alive, both as an artist and person. The book is certain to be required reading for anyone with an interest in modern art….Superb.” —The Christian Science Monitor

“This literate and beautifully illustrated book does precisely what the definitive biography of an artist is supposed to do: tell the life in a way that lets us see the work more fully and richly….Perl paints a winning portrait of Calder, an immensely appealing and gregarious artist who never quite grew up.” —Commentary

“The writing practically hums as Perl describes Calder’s work, which he clearly adores, and the text has reams of novel insights….Illuminating.” —Bloomberg Business Week

“A meticulously researched biography of one of the most important sculptors of the 20th century….Not only an essential record of the first 40 years of Calder’s life, but an exceptional chronicle of the genesis of modernism.” —Kirkus Reviews *starred review*

“A hulking and exhaustively researched biography of American sculptor Alexander Calder (1898–1976), focusing on the first four decades of his life….Perl throughout emphasizes Calder’s debt to the Arts and Crafts movement, particularly in his ability to blend fine art with everyday objects such as children’s toys. Generously illustrated and delivered in vibrant writing (he describes one of Calder’s tabletop standing mobiles as ‘the spiderweb strength and delicacy of an Emily Dickinson poem’), Perl offers what will be without question the authoritative source on the man whom the French affectionately nicknamed le roi du fil de fer—‘the wire king.’” —Publishers Weekly *starred review*

“Art critic Perl joins the select ranks of multivolume arts biographers, among them Hilary Spurling on Matisse and John Richardson on Picasso, with the first in a foundational two-book inquiry into the unusually sunny life and exuberantly radical work of sculptor Alexander Calder….Graced with 400 photographs, Perl’s dynamic and illuminating biography, as buoyant and evocative as Calder’s sculptures, concludes with the ebullient and cosmic artist poised for ever more creative adventures and renown.” —Booklist *starred review*

END_OF_DOCUMENT_TOKEN_TO_BE_REPLACED 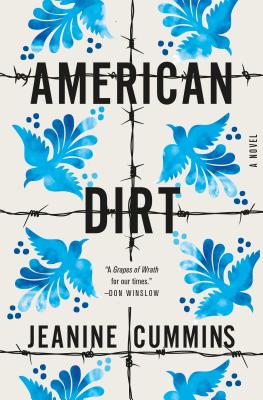