The Hickory Stick Bookshop will host a signing with Michael Limoli, author of the new book Marina Svetlova: A Tribute (Authorhouse, $20.99), a book that “celebrates the career of one of the most influential ballerinas of the twentieth century,” on Saturday, July 27th at 3pm. 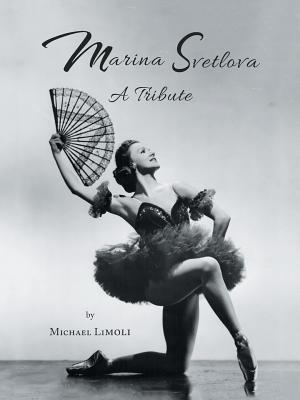 Marina Svetlova: A Tribute is a book that is intended to engage the professional dancer, as well as the layman, to the dance. The work celebrates the career of one of the most influential ballerinas of the twentieth century.

The journey begins with her days as a baby ballerina in the de Basil Original Ballet Russe company, culminating in a tenure as professor of ballet at Indiana University Bloomington. Her intermediary accomplishments in the arts, such as having been named the prima ballerina of New York's Metropolitan Opera Ballet while enjoying a decade of tours with the Svetlova Dance Ensemble, are explored, along with an appreciation for a lifetime of guest appearances. She appeared around the world as a guest artist with major ballet companies, coupled with frequent performances on television shows such as the Firestone Hour and the Bell television show.

Svetlova's legacy in the dance world is extensively documented in this volume by the inclusion of reviews of many of her performances and is accompanied by a host of stunning pictures produced by several of the most important dance photographers of her day.

Michael Limoli has led a life totally immersed in the performing arts. While still in High School, he was a Martha Holdings Jennings Award recipient in Music which sponsored his participation in the Oberlin College program at New York’s Chautauqua Institute. He won a competition at the Cleveland Institute of Music which sponsored his studies in Clarinet under the Principal Clarinetist of the Cleveland Orchestra, Robert Marcellus. Limoli matriculated to Indiana University Bloomington where he earned separate degrees in Clarinet and Ballet and eventually received a Doctorate with a Major in Clarinet and a Minor in Ballet.

Limoli has been an accompanist in most of the foremost Dance schools in NYC, and has been a pianist for many professional ballet companies, including American Ballet Theatre, New York City Ballet, Pacific Northwest ballet the Cleveland/San Jose Ballet the Cincinnati Ballet Company and Ballet Hispanico of NYC.  He continues to be in high demand as a Ballet and Modern Dance pianist.