Legendary children’s book illustrator Wendell Minor will sign copies of his newest book, Hi, I’m Norman (Simon & Schuster, $17.99), a biography of Norman Rockwell written by Robert Burleigh for young readers, on Saturday, October 19th at 2pm in The Hickory Stick Bookshop. Many of Minor’s other books will also be available for signing.

“I’ll never have enough time to paint all the pictures I’d like to.” –Norman Rockwell

When Norman Rockwell was a boy growing up in New York City in the early 1900s, he loved listening to the stories his father read to him and, most of all, he loved drawing. Small and thin, he felt happiest when he drew, and people noticed. As he grew up, he painted what he saw around him, and through his eyes we can see the people and neighborhoods and families of America living, working, and growing. In Norman Rockwell’s paintings people saw themselves. During World War II, he tried to do his part by helping those at home understand what was going on overseas through his paintings. When President Roosevelt spoke to the nation about the Four Freedoms, Rockwell brought them to life in his paintings. And when the civil rights movement began, he painted what he saw. Norman Rockwell is an American treasure, and this is his story.

This beautifully illustrated, first-person narrative explores Rockwell’s life in episodes based on important moments in American history. Norman Rockwell is not only a great American artist, but he also successfully chronicled two generations of American life, making him one of the most beloved and well-known American artists of all time.

“An inviting and admiring introduction to an important American artist.” —Kirkus Reviews

Wendell Minor is a trustee emeritus of the Norman Rockwell Museum and the award-winning illustrator of dozens of picture books. He collaborated with Robert Burleigh on Night Flight: Amelia Earhart Crosses the Atlantic, an ALA Notable Book about which Publisher’s Weekly said in a starred review, “Hearts will be racing,” and Booklistsaid in a starred review, “A work to inspire further learning.” Mr. Minor’s work can be found in the permanent collection of the Eric Carle Museum of Picture Book Art and the Library of Congress. He lives with his wife, Florence, in Connecticut. Visit him at minorart.com. 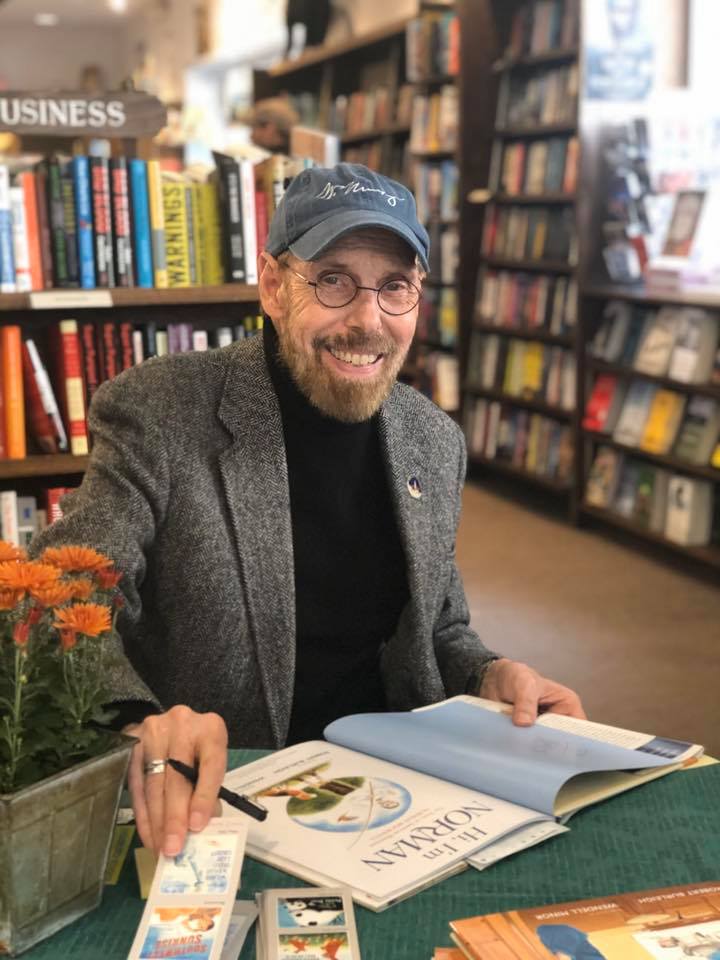